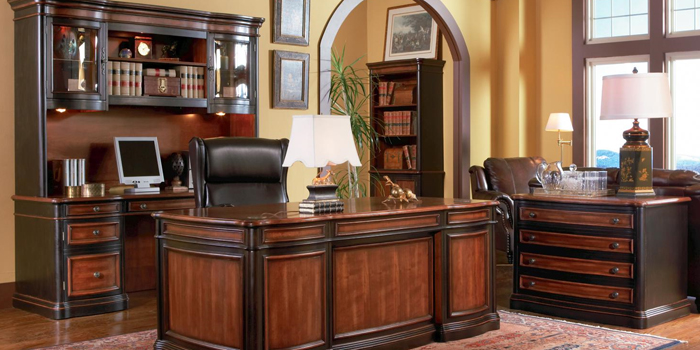 Nowadays, rarely does anyone have enough spare time to fully grasp the beauty of life and actually enjoy it. Instead, we get stuck in a pattern of work, spending hours finishing off demanding tasks, even at the expense of sleep. Though we don’t like to admit it, we’re all more or less workaholics which means we get to be in the office for as long, or more, as we are at home – the office is practically a second home. This is why its interior and the furniture are just as important as those of home. We don’t exactly take it much into consideration, however, office furniture and the design choices as a whole have a role in our productivity. The office is supposed to be an inviting and comfortable place that adds to the work success instead of causing unpleasantness.

As a workplace, the office reached its peak in the 19th century, especially in industrial cities, when production of furniture started gaining momentum. There was even an exhibition made for showcasing the popular new items in 1876 at the Centennial Exposition in Philadelphia. It’s interesting to note, it was during this period that Charles Darwin also made his contribution to the future designs without being aware of it. As much as he liked collecting specimens, he also liked analysing them so he spent quite some time confined to his chair. To make his work easier and reach specimens faster, he added wheels to his chair so we don’t only have to thank him for his dedication to science but also for his furniture innovation. In the 60s and 70s of the previous century, no office was complete without the Herman Miller products, the office cubicle and Eames chair in particular, which are still in use today as well.

Well, there’s no doubt that office furniture has come a long way, with plenty of materials used for the creation of countless of designs, different in features and sizes. Unlike in the past, when the purpose of creating comfortable chairs wasn’t meant for the benefit of the employee but rather to make him feel pleasant enough sitting and work longer, designs of chairs nowadays aim to eliminate the aches and pains that are the result of being in the sedentary position for long. The 1950s love for the colour and sturdiness of timber has shifted to more colourful designs that also shrink in size because of the use of portable technology, so there’s no space for clutter which positively affects productivity, of course, as there is less distraction.

When you create a pleasant working atmosphere, you’d feel more willing to spend an extra hour of work and love being in the office. This is why investing in quality furniture means investing in your overall well-being.